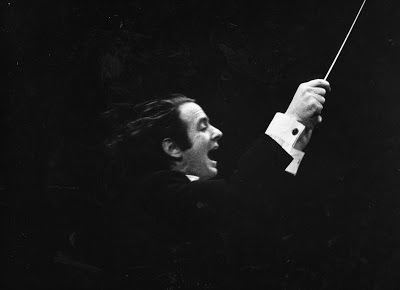 “David Amram is the Renaissance Man of American Music.” (The Boston Globe) "If you have not yet encountered this extraordinary man of music, you will marvel at his multiple gifts as a composer, conductor and solo instrumentalist." (Bob Sherman, New York Times) "Orchestra audience on feet for Amram. The audience repeated this tribute twice for Amram and the Philadelphia Orchestra". (The Philadelphia Inquirer) "A major premiere, 'THIS LAND: Symphonic Variations on a Song by Woody Guthrie' by David Amram is no whimsical notion quickly tossed off, but rather a major, serious work." (The San Francisco Classical Voice) "Amram dazzled with his versatility ... One could be but awed by his range ... Amram was constantly enlightening." (The London Times) "David Amram ... a musical catalyst and leader on a par with Leonard Bernstein, Pete Seeger and Dizzy Gillespie." (Minneapolis Star & Tribune) “David Amram is one of the most versatile and skilled musicians America has ever produced” (Washington Post). "He is a composer of major stature, a conductor of winning authority and a jazz musician of noble intent and entertaining brilliance." (Newhouse Papers) "...Conducting his opera "Twelfth Night", Amram shows remarkable skill in ensemble writing, thematic development and musical characterization." (The New York Daily News) "Amram may be able to play more types of music than any other man. He is a relentless pied-piper of pan cultural persuasiveness, leading listeners into a global circle that brings all peoples together." (Milwaukee Journal) “A Godsend to those who believe in the power of music to change lives and inspire” – (Wynton Marsalis) “Amram remains the most indefatigable musician of our time.” (Douglas Brinkley, historian) “He’s one of the most talented musicians in the universe!” (Pete Seeger, New York Times) “David Amram is the quintessential American composer.” (Michael Barrett – Conductor, Director of Caramoor and Moab Music Festivals)
Copyright © 2019 by David Amram
All rights reserved